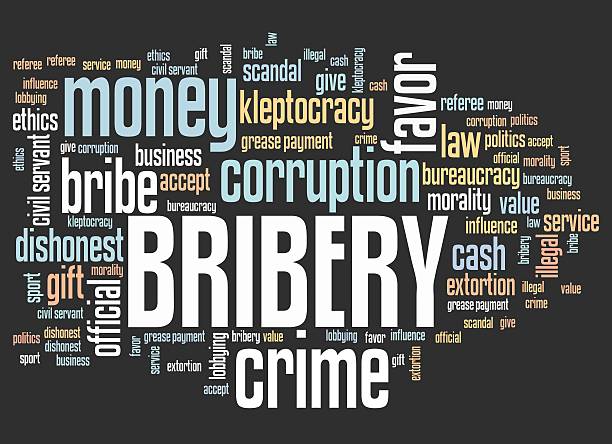 Nepotism in the world of work and how to overcome it

The practice of nepotism in the world of work is often still happening around us. For example, when your boss or boss brings family members or friends to work in the office.

Even though this habit is a bad thing, because it could be that a family member or friend who is recruited does not have the capability to occupy the available position. The following is another impact of the practice of nepotism in the world of work and how to deal with it.

Know what nepotism is in the world of work

Not many know that the word nepotism comes from the Italian word nipote which means nephew.

Broadly, nepotism is a term that refers to unfair work procedures in which family members or friends of the boss are hired not solely because of their skills, knowledge and experience.

They are employed because of a relationship or family relationship. Most people who are recruited for nepotism are not very successful in carrying out their given roles

This habit usually occurs in small companies, families, or non-profit organizations. However, in Indonesia itself the practice of nepotism often occurs in the government sector.

From the description above, it is important to note that not all recruitment processes that occur in family circles or friends are nepotism.

If the candidate from family or colleagues is a potential and competent person in their field, this can be a logical recruitment process.

On the other hand, when the recruits are incompetent family members, this is what is called nepotism. Even so, it is better to avoid such practices to prevent conflicts of interest.

This is because many cases have exemplified nepotism in the world of work, making certain projects in the company managed by a circle of people who have family ties or friends.

The impact of nepotism in the world of work

Through the description above, you can get an idea of ​​how serious the problem of nepotism is.

Apart from being recruited not by competent people, nepotism can also lead to activities that involve interests and lead to KKN (Corruption, Collusion & Nepotism). Apart from that, other effects of nepotism are:

When a company practices nepotism there is a possibility that the company will lose the best employees in the organization.

This happens because the leadership ranks have been filled with friends or family of the boss, so the role of the HR team to build skills and leadership roles for other employees will be hampered.

As a result, even productive employees can lose interest in working in the company and choose to leave the job.

Disagreements or conflicts are common in the office. But when the conflict exists in a work environment that is close to nepotism, it can result in discrimination.

Especially if the conflict occurs between ordinary employees and superiors. Of course, this situation can make it difficult for the employee. Your boss may kick you out and replace him with his family.

When family or close friends work for the same company there is a possibility that they will experience conflict. They will easily bring personal problems into the realm of work.

This conflict can then disrupt the atmosphere and work environment for everyone who works there.

How to deal with nepotism in the world of work

We cannot force ourselves to be able to work in an environment free from nepotism, because nowadays nepotism can happen anywhere.

The thing that needs to be prepared is about how you have to deal with the nepotism situation. Here’s how to deal with it:

Control your emotions and stay professional

The key to staying on the job in all situations is to be smart about yourself.

Indeed, the practice of nepotism must be very tiring to live, but with the mastery of emotions and frustrations that you do, at least these feelings can help heal the mind little by little.

Do not show you are jealous of the nepotism perpetrator, even if you are in a corner. Instead, show mature emotions that indicate you are not affected by it.

If necessary, ask for advice from a work mentor you trust. Not just because you want to create gossip, but asking for the best solution you have to do.

In the case of nepotism, what often happens is that you feel neglected because the opportunities given are sometimes not good. If you have this it becomes difficult to apply for a promotion or salary.

On the other hand, the perpetrators of nepotism have received an unnatural position because of their relationship.

So, what you can do is record and document every achievement you have properly in preparation if you later want to apply for a promotion or salary because you already have previous evidence.

An unhealthy work environment will slowly affect the quality of your life, which is why you need to find entertainment for yourself.

Maybe you can do activities with your family, exercise, cook, watch movies, listen to music or travel to places you like.

Get out of that situation

If this state of nepotism is getting more and more disturbing, making you unable to concentrate on work and even affecting the quality of your life and thoughts, it’s a good idea to get out of the situation by resigning from the office.

By forcing yourself to survive in bad conditions, you may miss many opportunities such as better job opportunities at other companies, healthier work environments and more respectful bosses.